Asaram who is spending his time in Jodhpur jail for the charges of raping a minor girl, was denied bail last week and after that he sent this message to his supporters to stay calm.

Since, Asaram is an expert in using code words, I don't know what the real message was. But, the fact is that Asaram followers have become very aggressive after that and behaving like a terror wing.

I usually visit different social networking websites to know what is happening in the country and was shocked to see the language Asaram followers use against the people who want to support the minor rape victim who is allegedly sexually assaulted by Asaram.

I visited a Facebook page https://www.facebook.com/Karnikakahen where a lady cartoonist makes cartoon on different social and political topics in India and was shocked to see the abuses and threats, these saintly Asaram followers were hurling at the lady.

Please check how these Asaram followers behave on social networking websites and I want to know if they could be get into the prison like their Guru Asaram for using such language... 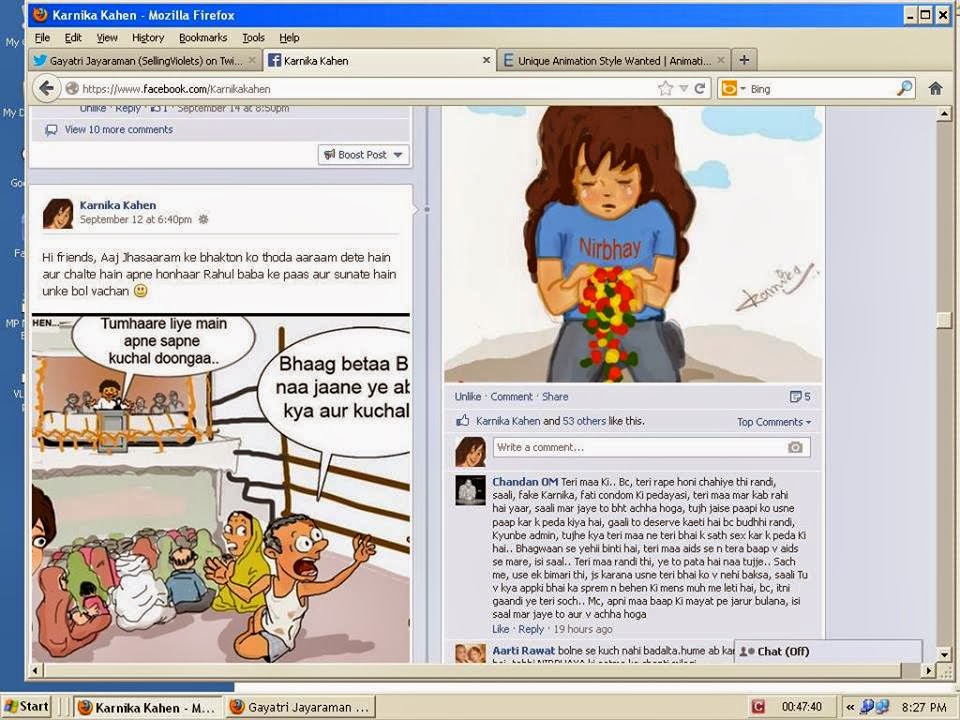 This Asaram follower commented on each and every post on this page and threatened to rape and murder the cartoonist. He told the lady that she should be there in the place of Nirbhaya.

Waah re, Asaram's bhakt, you are BIG Asshole.

I don't know if the Facebook profile below is real or fake but please check the profile and abuses this man hurled at the lady cartoonist... 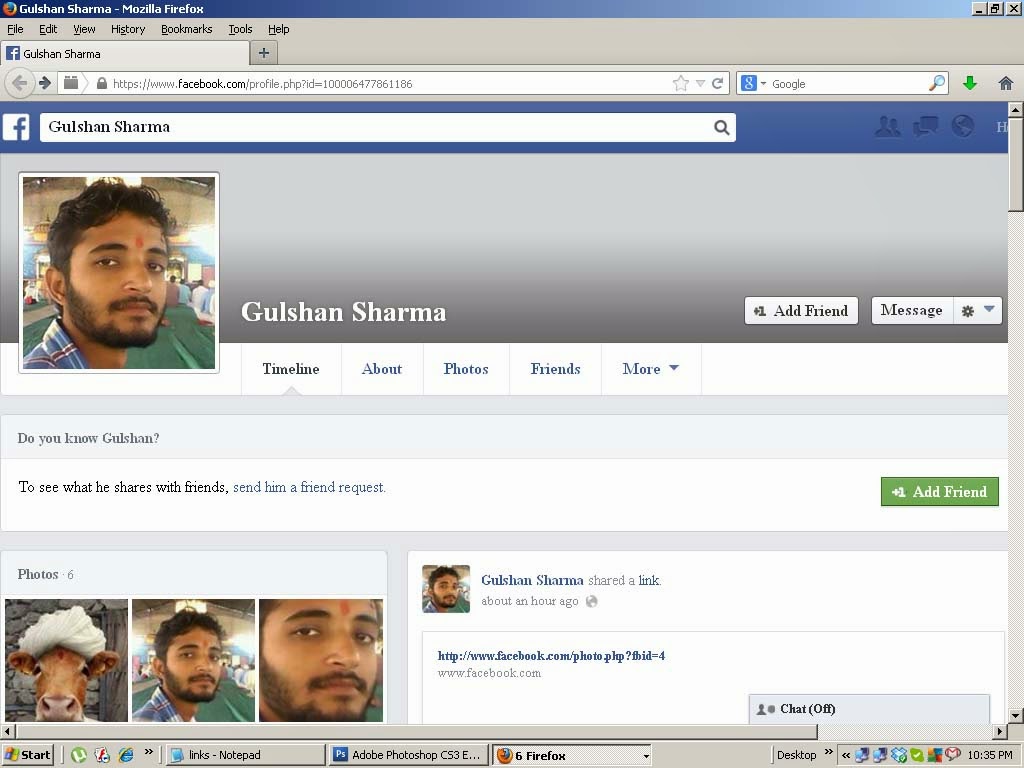 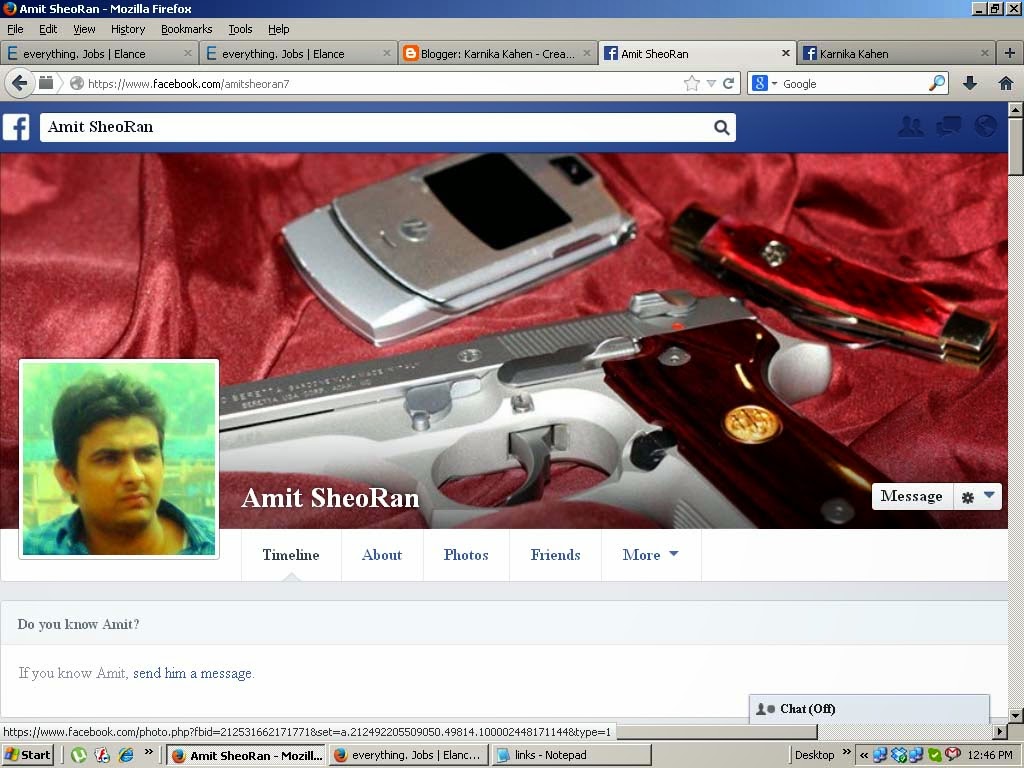 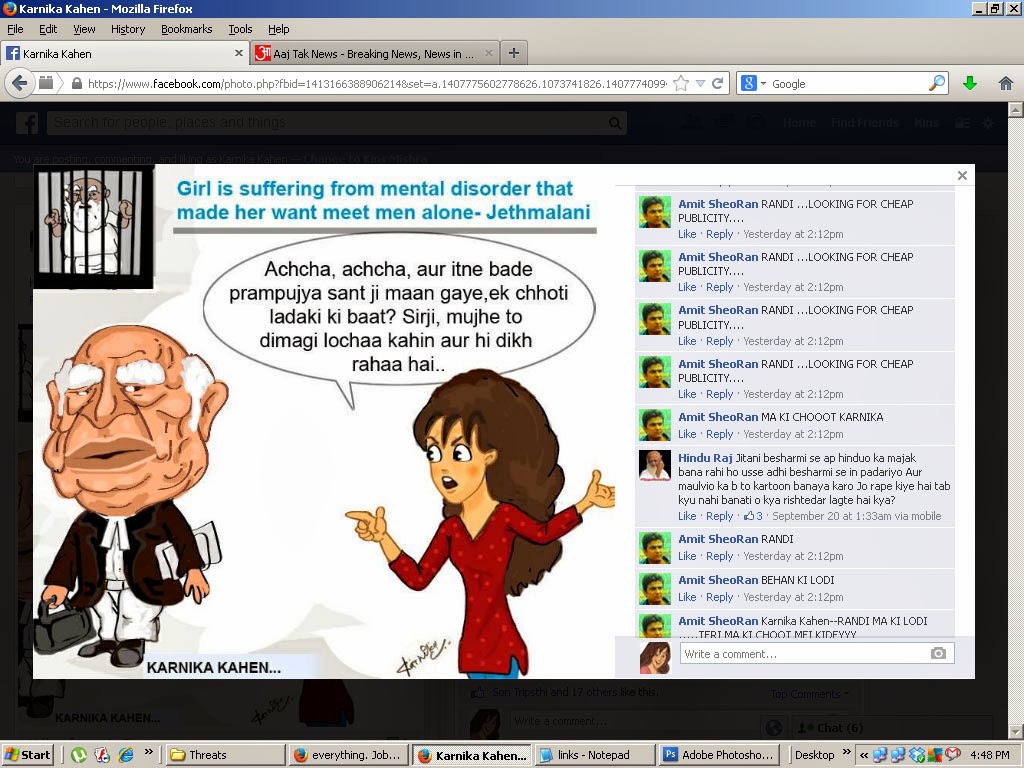 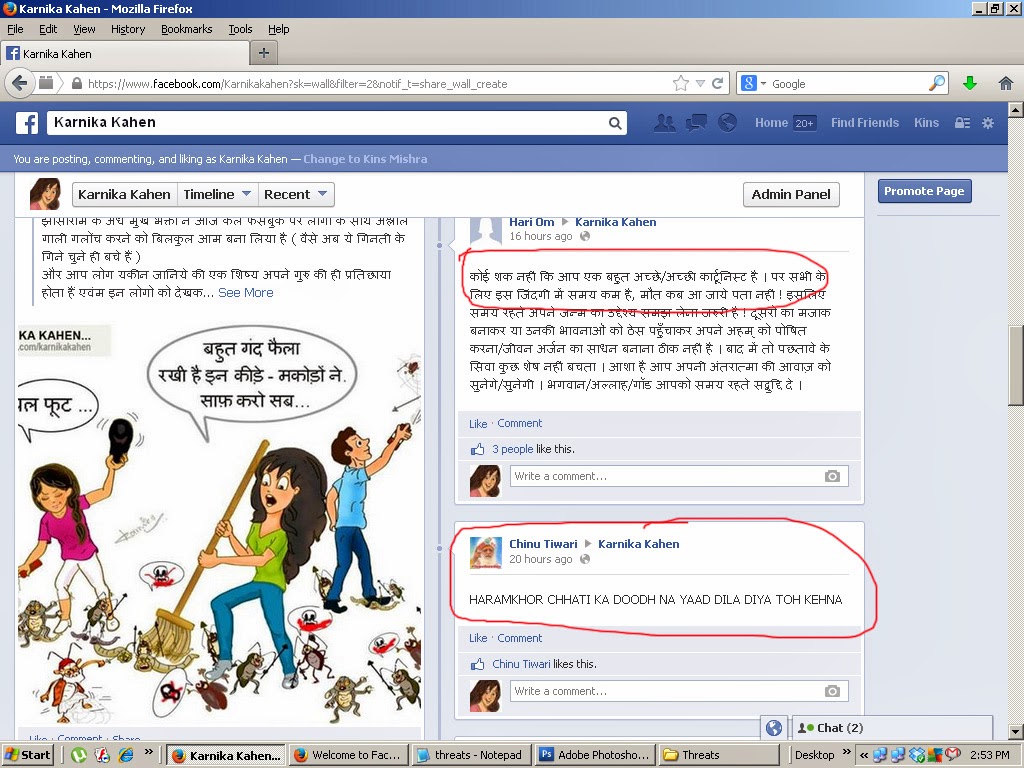 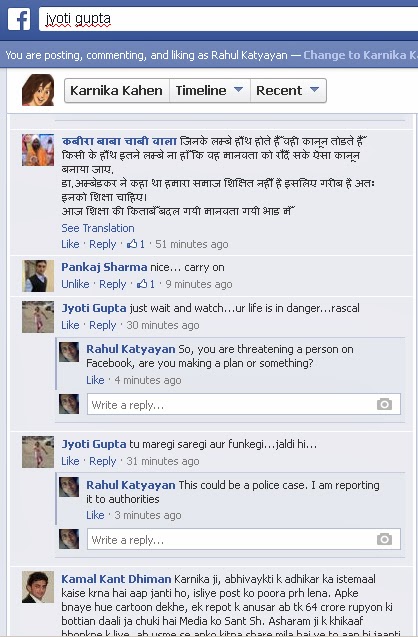 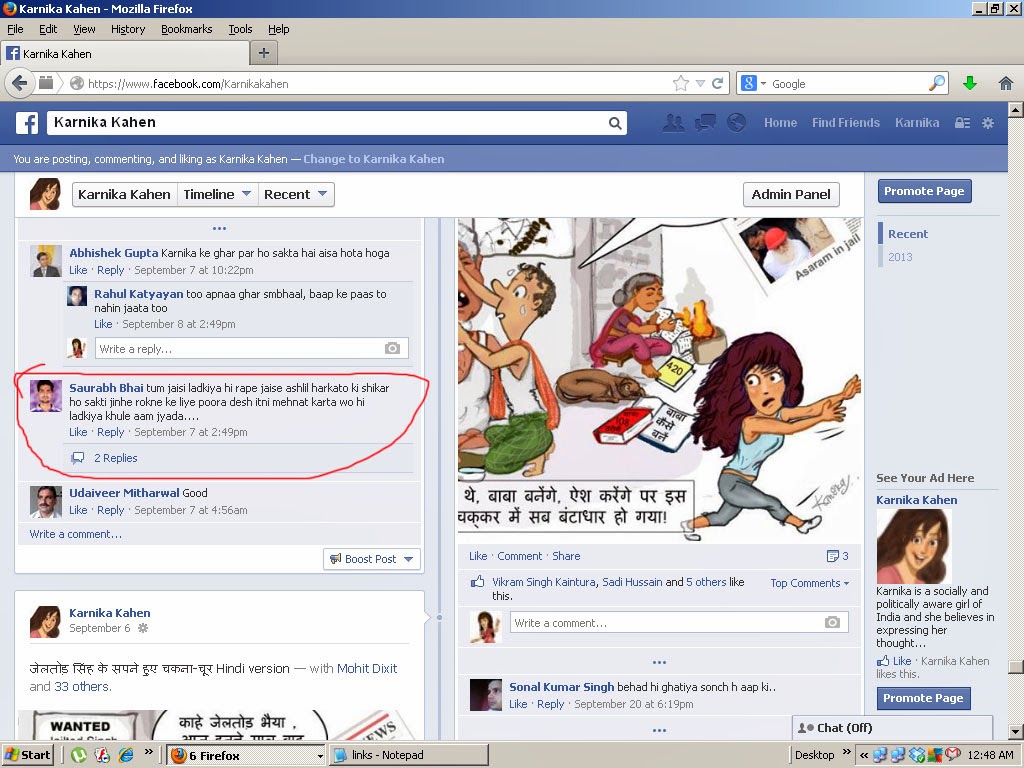 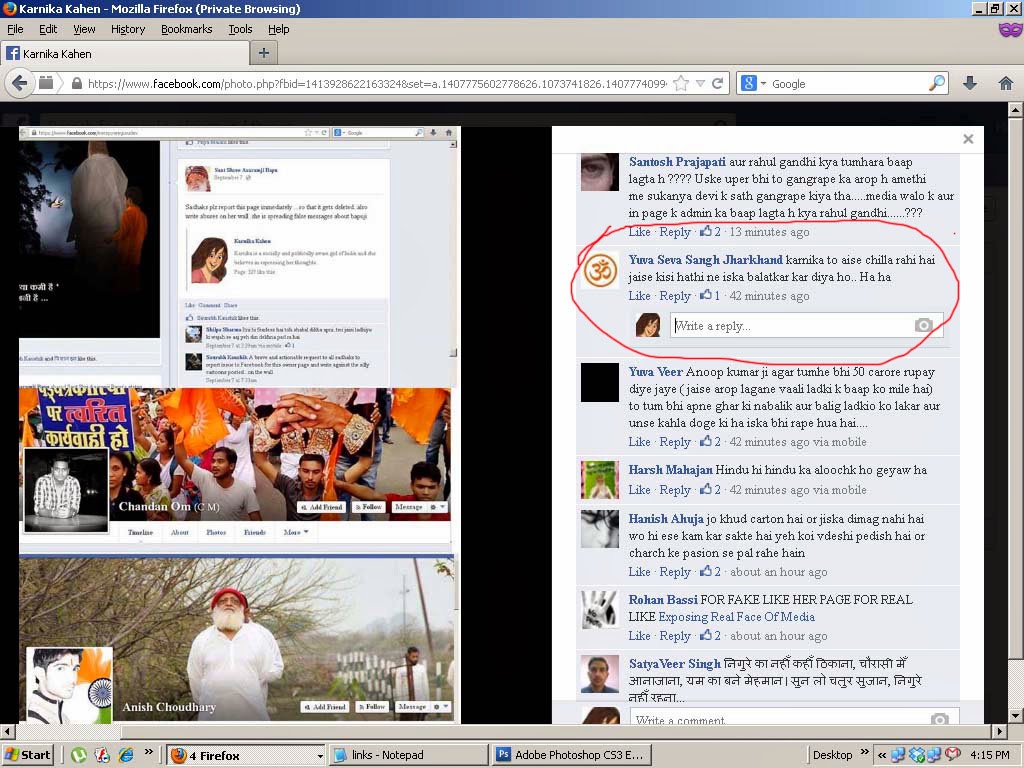 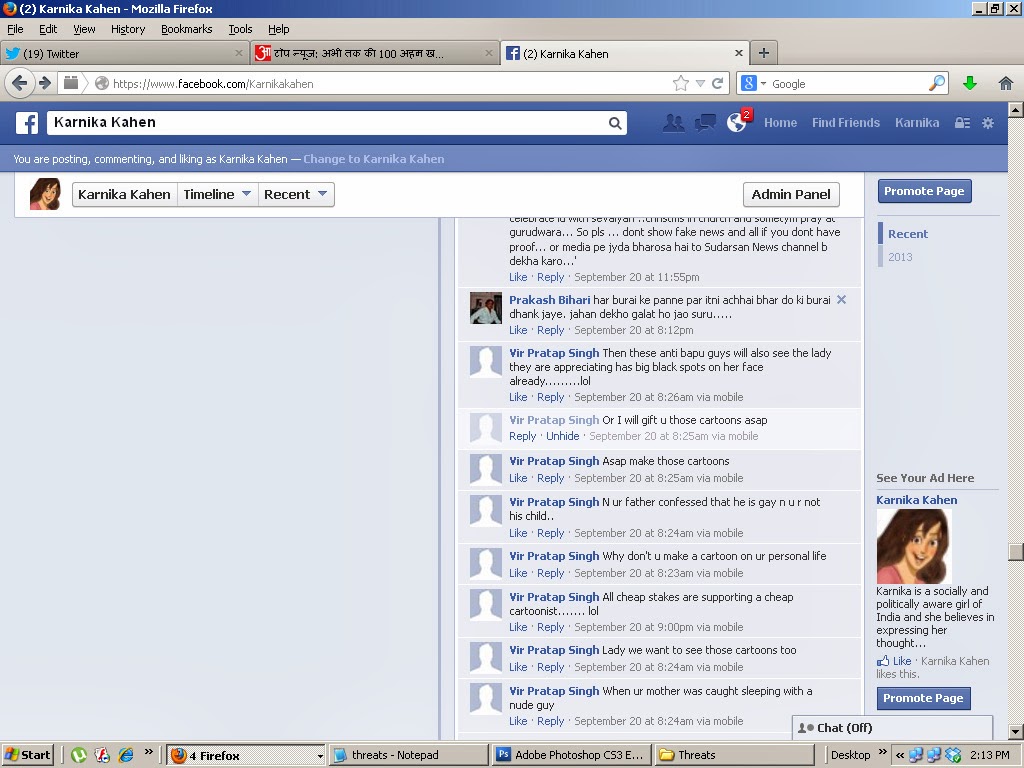 The language which these Asaram followers are using is so derogatory and disrespectful that the cartoonist can't afford to publish them on her website. May be , this is what these followers learned from their Guru that abuse someone so hard that the person hides behind shame and depression. And this is not just a coincidence that numerous Asaram followers started attacking in a tandem. Its an organized conspiracy to harass the lady by abuses and threats so she stops making cartoons on Asaram.

I searched few pages of some official Asaram websites and found these messages pasted there.. 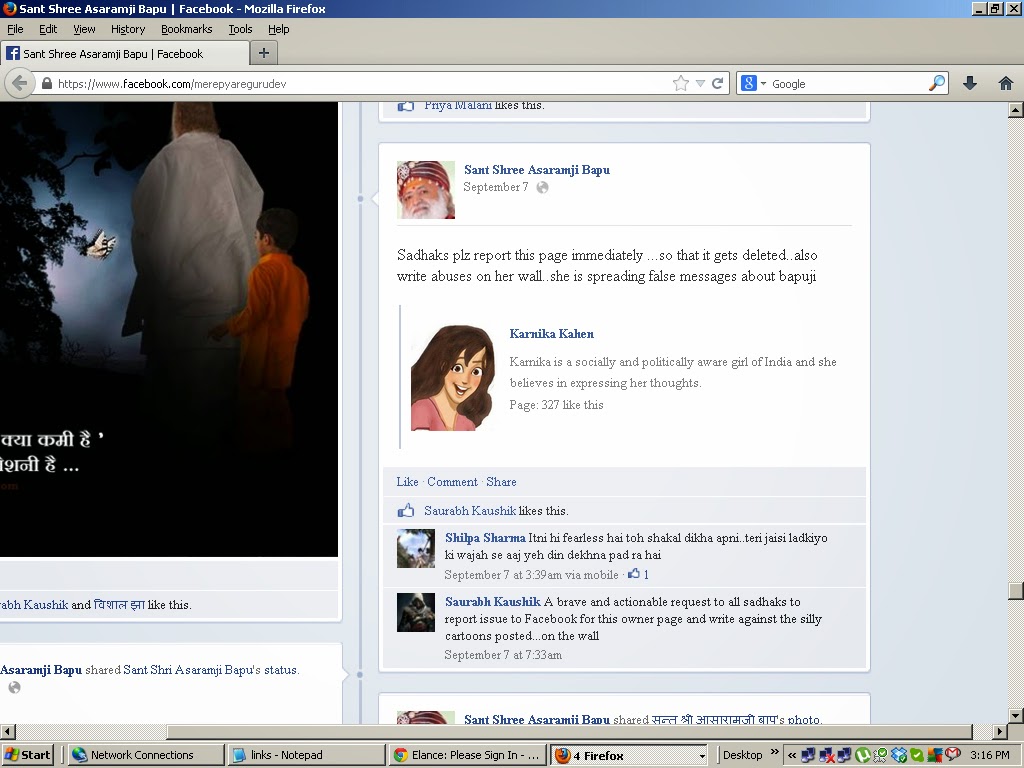 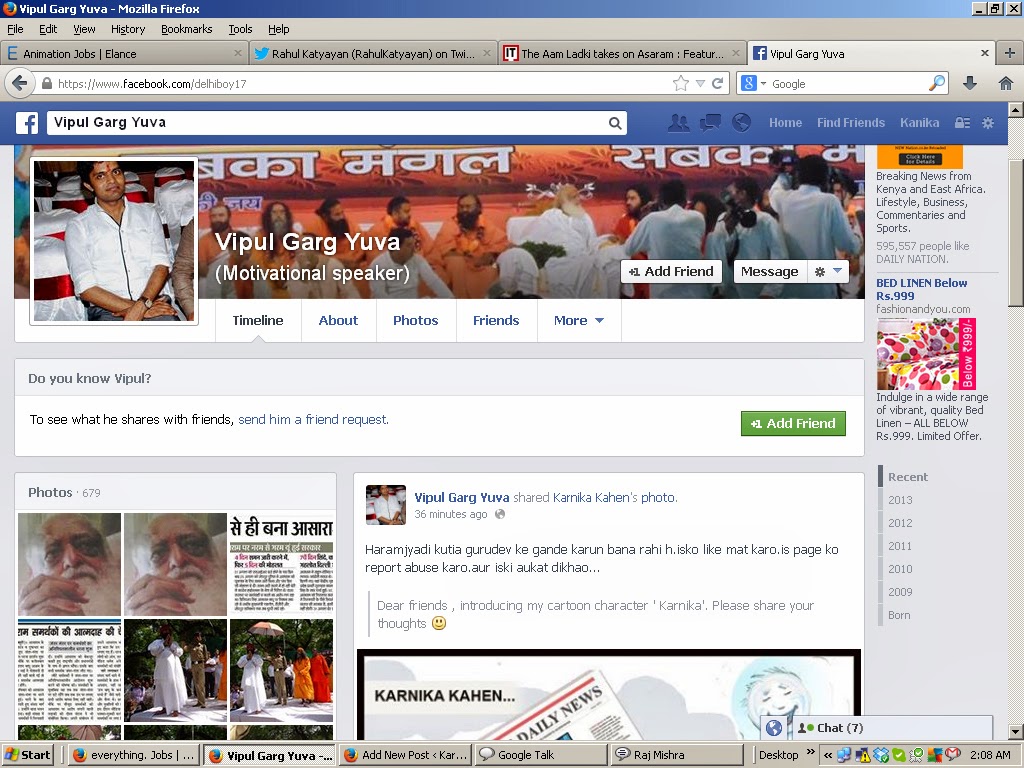 This page says..." Sadhaks, please write abuses on her wall." So it is very clear where are they coming from.
But they don't understand that time has changed. I congratulate the minor girl and her family who dared to expose this Paakhandi and Dhongi called Asaram so the lakhs of his blind followers can open their eyes.
I would also like to tell you that I also made comments on this Facebook forum and after that since yesterday, I am receiving numerous calls on my number. Some are threatening me, some are abusing me and some of them just torturing me by telling that I am anti-Hindu.

Here is the list of mobile numbers from where I received such calls...

Because, One can not stop to exist